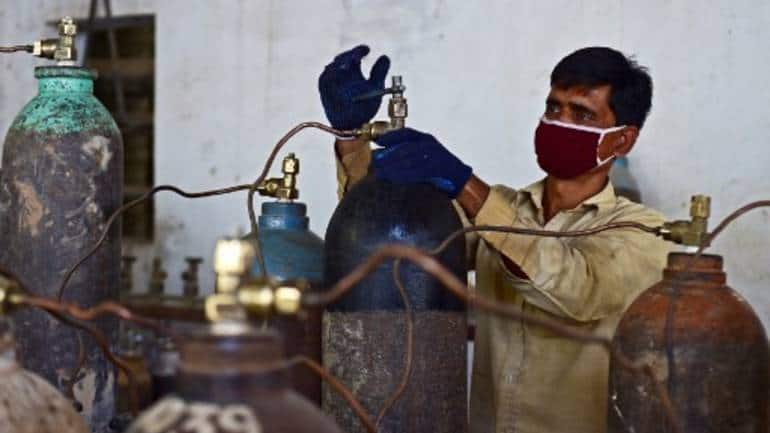 While the supply of medical Oxygen runs low across the country and it gears up to import medical Oxygen, official data shows that nearly 9,294 metric tonnes (MT) of Oxygen was exported by India in just the first three quarters of the 2020-21 financial year.

According to the official figures of the Commerce Department, Oxygen exports in the April-January period of FY21 was more than double the total 4,502 MT of exports in the previous year. This was in the form of liquid oxygen, which can be later channeled for both industrial and medical use.

Exports to neighboring Bangladesh far outpaced outbound shipments to any other nation, with 8,828 MT exported across the border. Bangladesh has historically been the largest buyer of India’s oxygen exports. Exports had been as high as 13,844 MT in 2016-17, after which it been consistently reducing. Exports had fallen to 4219 MT in 2018-19, and just 3189 MT a year in 2019-20, before the pandemic hit.

But since then, demand has skyrocketed as the country battles its own coronavirus fueled crisis and suffers from a severe lack of large scale Oxygen production. While the demand had mostly been due to industrial requirements earlier, the latest surge in imports is due to Dhaka’s rising need for medical Oxygen. Bangladesh remains the biggest buyer of Oxygen from India.

“Linde Bangladesh, part of the multinational Linde group, a global leader in the international industrial gases market is the largest importer of Oxygen from India. The company supplies as much as 90 percent of the medical Oxygen required in major cities like Dhaka and Chittagong,” a senior functionary of the Federation of Indian Export Organisation said.

While exports from India had reached a 3-year high in just the first nine months of FY21, the government has now decided to float a tender for importing a whopping 50,000 MT of medical Oxygen from abroad. In charge of creating and executing the tender, the Health Ministry recently said that it has requested the Ministry of External Affairs (MEA) to tap into India’s diplomatic missions around the world to identify and explore from where oxygen can be imported. The government has consistently claimed the country has ample Oxygen production capabilities. But it had recognized early on the challenges posed by a trickling supply of the gas and its paramount importance in the health crisis.

An inter-ministerial Empowered Group (EG2) of officers under the chairmanship of Guruprasad Mohapatra, Secretary, Department for Promotion of Industries and Internal Trade (DPIIT) had been constituted back in March,2020 to ensure the availability of essential medical equipment including medical oxygen to the affected states. Recently, the EG2 had directed plants to keep production at 100 percent as demand soared.

Last week, after state governments in Maharashtra, Delhi, Gujarat, Madhya Pradesh, Uttar Pradesh and other places, started reporting an acute shortage of Oxygen cylinders, the government had clarified that India had a production capacity of 7,127 MT of oxygen per day. However, just after that, it ordered that supply of Oxygen for industrial purposes by manufacturers and suppliers will be prohibited from 22 April onwards, until further orders are given. Also, from 19 April onwards, Indian Railways has begun transporting Liquid Medical Oxygen and Oxygen Cylinders across the country. Green corridors have been established to facilitate the fast movement of dedicated Oxygen Express trains.

On April 18, India’s oxygen consumption touched an all-time high of 4,300 MT per day. Pre-COVID it was 850 MT per day and the previous peak was 3,100 MT on September 18, 2020. Average stock level in hospitals of several states had declined to 1 day as compared to 3 days before the pandemic.