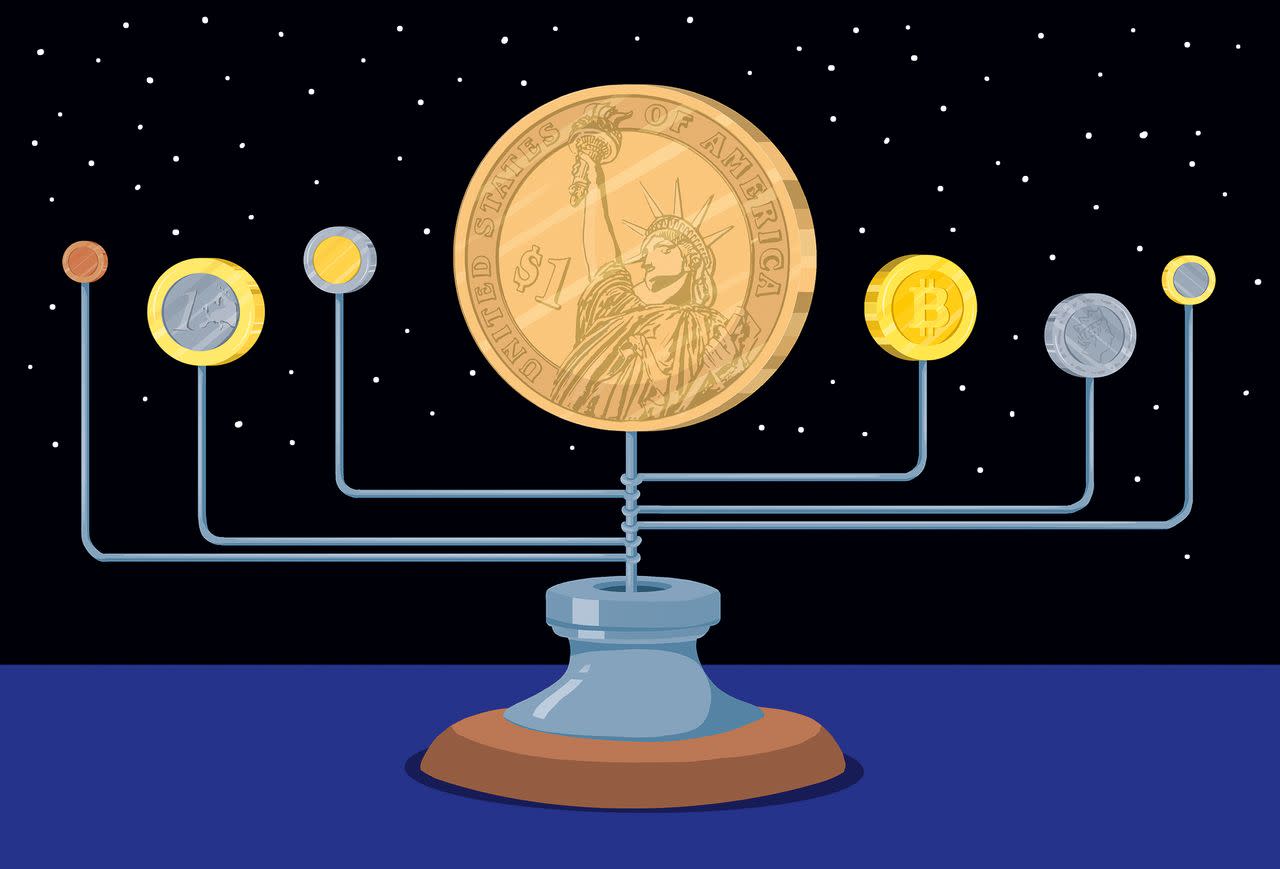 (Bloomberg) — A technology-led selloff that started on Wall Street snowballed in Asia and Europe Tuesday as worries over inflation pushed investors to dump expensive stocks. The dollar and Treasuries were steady.The benchmark for European stocks tumbled the most in three weeks, while the tech-heavy Nasdaq 100 Index futures extended a slump that sent the underlying gauge down 2.6% on Monday. S&P 500 contracts fell in sympathy after the index retreated from an all-time high. MSCI Inc.’s Asia-Pacific share index fell the most since March.Debate continues over whether the expected jump in price pressures will be enduring enough to force the Federal Reserve into tightening policy sooner than current guidance suggests. A measure of U.S. inflation expectations reached the highest level since 2006, data on Monday showed.Among the biggest pandemic winners, tech stocks whose valuations often depend on earnings prospects far into the future are now at the center of the inflation-fueled selloff. The Nasdaq is at the core of this selloff, given its average valuation that’s 26 times the 12-month projected profits.Wednesday’s U.S. inflation report along with a series of U.S. government bond auctions this week are seen as the next factors to deepen or arrest the selloff. The CPI data are forecast to show a strong gain in April, though the year-on-year reading will be amplified by the pandemic shock in 2020.In Asia, Japan and Hong Kong bore the brunt of losses with Taiwan Semiconductor Manufacturing Co. and Samsung Electronics Co. contributing to the biggest drop in MSCI’s gauge of Asian tech stocks since February.Oil dipped as traders monitored progress on reopening the largest U.S. oil-products pipeline, which was paralyzed by a cyberattack, and is expected to be mostly back online by the weekend.See here the MLIV Question of the Day: How Far Can Reflation Trades Go?Here are some key events to watch this week:A range of Fed speakers are due this week, including Governor Lael Brainard on TuesdayOPEC monthly Oil Market Report is published with global demand forecasts and production estimates TuesdayU.S. CPI report Wednesday is forecast to show prices continued to increase in AprilBank of England Governor Andrew Bailey speaks WednesdayThese are some of the main moves in markets:StocksFutures on the S&P 500 Index decreased 0.7% as of 8:40 a.m. London time.The Stoxx Europe 600 Index sank 1.7%.The MSCI Asia Pacific Index sank 2%.The MSCI Emerging Market Index sank 1.5%.CurrenciesThe Bloomberg Dollar Spot Index climbed 0.1%.The euro rose 0.1% to $1.2143.The British pound gained 0.1% to $1.4131.The onshore yuan weakened 0.1% to 6.426 per dollar.The Japanese yen weakened 0.1% to 108.89 per dollar.BondsThe yield on 10-year Treasuries gained two basis points to 1.62%.The yield on two-year Treasuries climbed less than one basis point to 0.15%.Germany’s 10-year yield jumped four basis points to -0.17%.Japan’s 10-year yield decreased one basis point to 0.078%.Britain’s 10-year yield increased four basis points to 0.826%.CommoditiesWest Texas Intermediate crude declined 0.7% to $64.44 a barrel.Brent crude dipped 0.7% to $67.85 a barrel.Gold weakened 0.1% to $1,835.10 an ounce.For more articles like this, please visit us at bloomberg.comSubscribe now to stay ahead with the most trusted business news source.©2021 Bloomberg L.P.